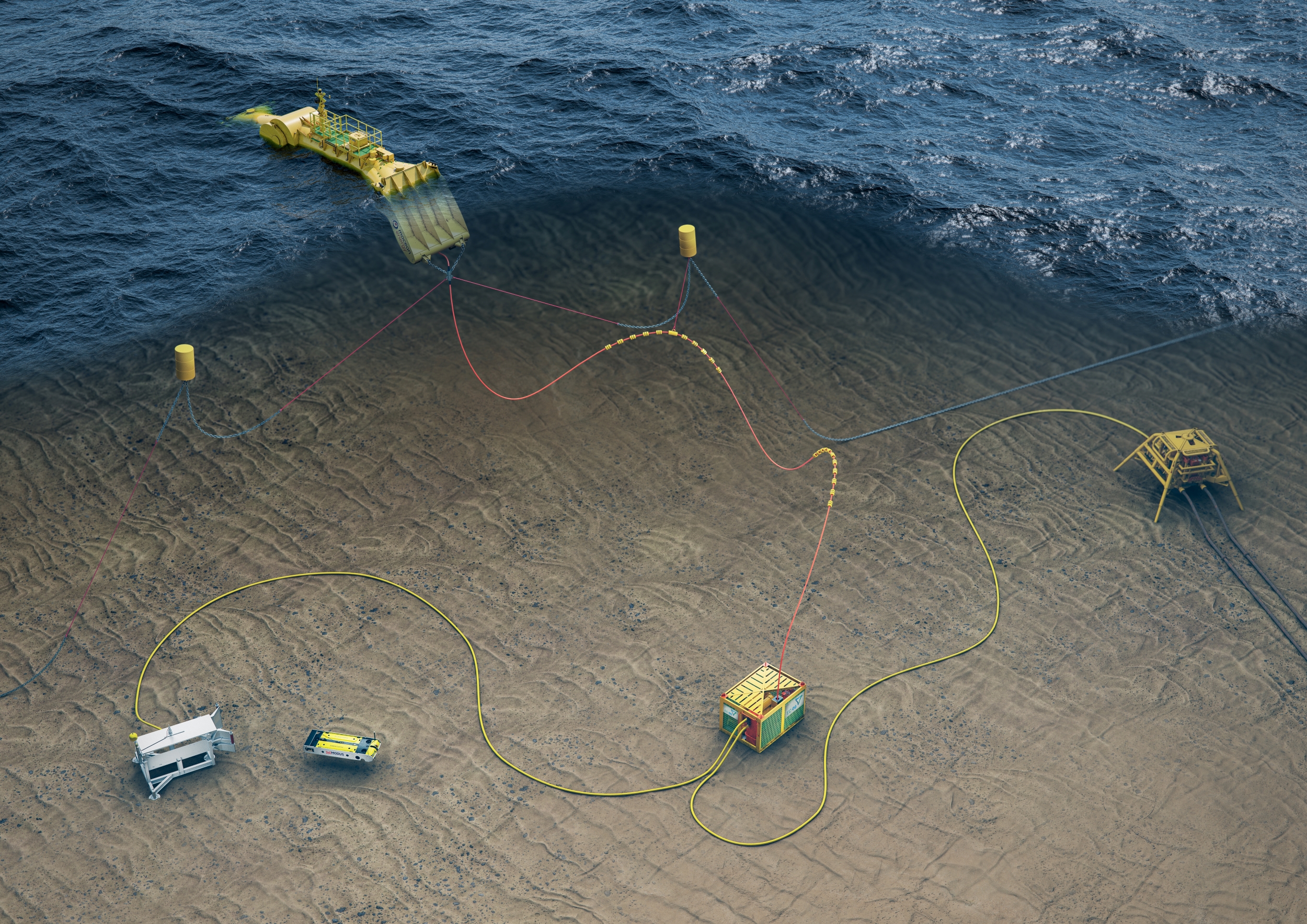 The programme will demonstrate how wave power coupled with underwater energy storage can be used to cost-effectively lower the carbon footprint of providing power to subsea oil and gas production equipment and autonomous underwater vehicles.

Grant funding provided by OGTC has been matched by financial and in-kind contributions from the project partners. The collaborative initiative will be tested onshore in July and August 2021, with ambitions to test the system at sea later in the year.

The programme follows on from an earlier study in 2020, part funded by OGTC, undertaken by the partners. The study established the environmental benefits of the design concept that will be used for the upcoming demonstration programme.

Describing the project, Cameron McNatt, Mocean Energy’s managing director says: “The decarbonization of oil and gas operations is essential for the energy transition. Our technology uses renewable energy from waves to deliver low carbon power for subsea equipment, including tiebacks and future fleets of autonomous underwater vehicles (AUV’s). In this programme, we will demonstrate – in onshore conditions at EC-OG’s facility in Aberdeen – how our wave device will deliver power and communication to subsea equipment.”

Commenting on the project, Paul Slorach, business development director at EC-OG says: “EC-OG’s Halo smart subsea battery technology has been specifically developed for managing the intermittency of renewable power generation to reliably integrate renewable energy systems to high value subsea assets. Clean energy systems are an increasingly important building block of offshore developments and we’re aiming to be at the forefront of the delivery of renewable energy to the underwater environment.”

John Kerr, subsea production systems and technology director for Baker Hughes, Oilfield Equipment concluded: “Many subsea oilfield production systems will transition to all electric operations in the not too distant future, which will increase operational performance while simultaneously lowering the carbon footprint of the solution. We are excited to be part of this project as we will be able to simulate the ability of the system to power and communicate with the equivalent of a four well Baker Hughes all electric subsea production system.”

There is potential to use such systems in a number of subsea applications, including remediation of faulty umbilical cables in existing developments, as fast track solutions for single well tiebacks and as an enabler for ultra-long step out distances – greater than 200km – where local renewable power generation could make these developments more environmentally and economically viable.