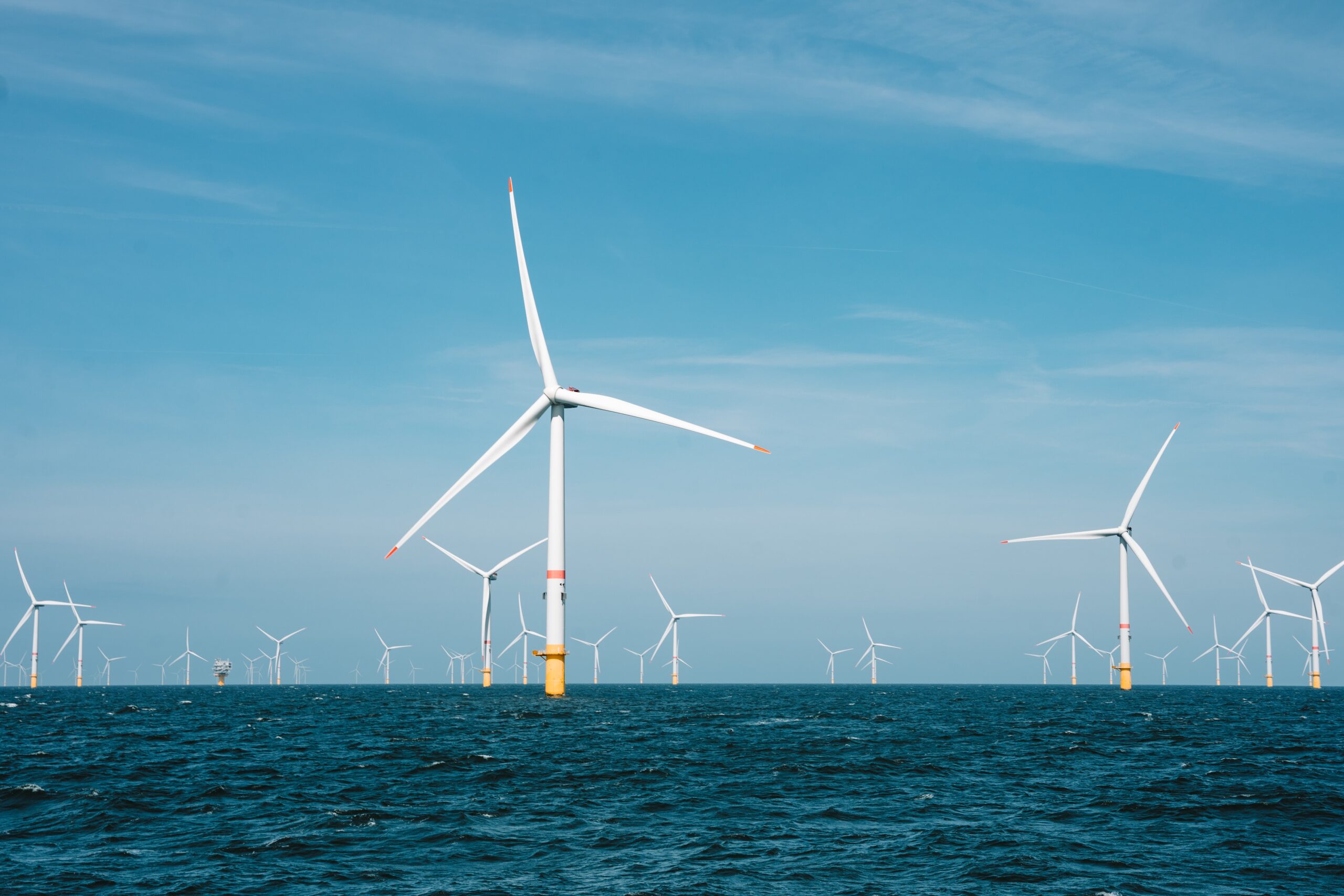 In my previous blog post, I discussed the similarities between historic fuel distribution efficiency challenges in the early 1900s, the ongoing electrification of our road networks and the new infrastructure requirements for the clean, offshore environment of the future. If you haven’t read my previous blog yet, you can find it here.

I believe that many of the challenges associated with remote power availability offshore can be solved using a similar infrastructure concept that was developed in the early days of petrol stations.

One market area which could utilise this new infrastructure concept is offshore wind, where there is significant growth forecast.

This online map from 4C Offshore highlights the scale and number of wind farm developments worldwide. It is worth noting the high concentration of developments within the UK and Europe as compared to elsewhere – https://map.4coffshore.com/offshorewind/index.aspx?lat=56.998&lon=-1.486&wfid=UK3F.

In Scotland in particular, the ScotWind leasing round was a significant development for the Scottish offshore wind sector with a total of 15GW of capacity awarded. Across the 17 projects that were announced in January, it was notable that many of these offshore wind farms will be located much further from shore than existing developments.

During the 25-to-30-year lifecycle of a windfarm, wind farm operators rely on extensive marine logistics between shore and the wind farm during the operations and maintenance (O&M) phase. Crew transfer vessels (CTVs) are the most commonly used means of transporting personnel and small amounts of cargo from port to the wind farm’s location.

Decarbonised vessels, the future of the maritime sector

There is an urgent need across all sectors to reduce global emissions levels, this is particularly true in hard to abate sectors such as maritime.

The decarbonisation of O&M vessels in the offshore wind sector will play a significant role in achieving net zero goals. Fuel emissions for a CTV operating 10 hrs a day and 28 weeks a year with an annual fuel consumption of 211,200 l/year are estimated to be 578.2 tonnes of CO2, 7.8 tonnes of N2O and 0.1 tonnes of CH4.¹

One of the main ways of improving the green credentials of offshore wind vessels is through the use of alternative fuel sources to reduce emissions. Wind farm maintenance vessels are already leading the way with several hybrid diesel-electric vessels in operation.

However, to encourage further adoption of hybrid and fully electric vessels, particularly as wind farms move further offshore, CTV operators will require reliable infrastructure to allow them to travel these further distances effectively.

A solution to the barriers of offshore charging

For electric vessels, the cost and weight of zero-emissions vessel batteries has been long recognised as an early barrier to their deployment in the offshore wind industry. The capability for offshore, in-field, recharging infrastructure has therefore been identified as an industry need, to decarbonise the operation and maintenance activities of the sector by allowing at-sea charging to maximise the operating efficiency of these vessels.

An industry-leading concept has been developed through collaboration to establish new intelligent in-field energy storage and charging infrastructure for a host of vessel types, from crew transfer vessels and service offshore vessels (SOVs), to autonomous vessels and robotics, on the surface and underwater.

A comprehensive offshore charging solution has been created through the combination of innovative technologies, including Verlume’s Halo subsea battery storage system and Oasis Marine’s offshore charging solution, the Oasis Power Buoy. The proposed intelligent in-field charging system will utilise energy available at the optimum time whilst providing a safe mooring point and maximising value to both the vessel and offshore wind farm operator.

Being able to charge these batteries offshore can provide twice the range (or reduce the weight) and also reduced costs. Through the use of energy storage, it is possible to de-couple power availability from power generation.

This new infrastructure could also be scaled up for use with SOVs. SOVs typically spend the majority of their charter duration in-field at the windfarm rather than transiting from the port/operations base to site. Charging in-field could reduce the number of offshore days, increasing utilisation and could also allow for 24-hour operations.

There is also the potential for the infrastructure to be used for maritime vessels in other sectors, such as Platform Supply Vessels (PSV) in oil and gas.

Verlume has previous experience in infrastructure charging, being involved in a North Sea project to power subsea infrastructure and an autonomous underwater vehicle charging garage, through power generation from a wave energy converter and Verlume’s energy storage system. Verlume is also involved in a similar project at the US Navy Wave Energy Test Site in Hawaii, providing power and communications AUVs and sensor packages on the seabed.

With so many similarities between the historic challenge of fuel distribution and the bunkering of clean electricity today in the maritime environment, we consider this collaborative offshore charging infrastructure approach the best way to future-proof access to charging within the offshore sector whilst also learning from the vast infrastructure advances of the early 20th century.

If you have any questions or would like to discuss further, you can contact me on paul.slorach@verlume.world.